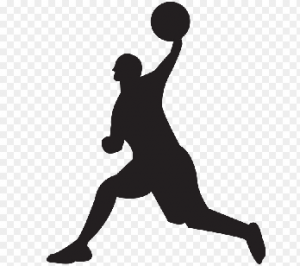 Researchers from three Canadian universities claim that the popular gym class game dodgeball is a tool for certain students to oppress their peers.

This isn’t the first time you have heard this.  People have been talking about dodgeball for a while.  There are two camps: (1) the sissification of American camp, and (2) the dodgeball is a bullying tool of evil.  I see both sides of this and I don’t totally know where I stand as I start this article.  Let’s see where we end up. (Spoiler Alert: I come down softly in favor of dodgeball.)

The Anti-Dodgeball Argument from This Study

University of British Columbia professor Joy Butler says that claimed that when students think it is okay to throw a ball at someone “because they’re being told it’s okay to do that, what do they learn?” Her thinking is physical education class should be where teachers help students “control their aggression… instead of expressing themselves through anger.”

Researchers sought interviews with middle school-aged students on general questions about physical education courses. However, what they found was that certain students hated playing dodgeball in gym class.  The researchers then used political theorist Iris Marion Young’s Five Faces of Oppression article, which was published in her book, Justice and the Politics of Difference. This article provided a framework for understanding why some children were averse to dodgeball.

What they found was that underlying messages from playing dodgeball appeared to match up with the five different faces of oppression that Young references in her work. These faces are exploitation, marginalization, powerlessness, cultural imperialism, and violence.  Bingo, dodgeball has them all, they concluded.   They found that more dominant and athletic students established dodgeball rules and practices without getting any input from other students. This included creating their own teams, allowing these students to gang up on their peers. Butler believes that this sends the message that “it’s okay to hurt or dehumanize the ‘other.’” She this we are telling kids that the game is about “annihilating one’s opponent.” She argues that the “true definition” of competition requires evenly matched teams.  I agree you do not see this much in dodgeball.  Left to their own devices, kids stack the teams and beat their weaker opponents.  (This happens in every sport where kids are left to their own devices.)

Researchers asked a focus group of students to create a brand new game for gym class. The game had to involve a ball, two goals, and rules and agreed upon rules.  The same assertive and more athletic students in the class created rules and practices without asking other classmates for input. According to Butler, this indicates that dodgeball establishes a culture that transfers into other activities.  Again, I understand where she is going but it silly to pretend this is dodgeball specific.

Should We Ban Dodgeball?

I totally get the anti dodgeball sentiment.  It does send some wrong messages to some kids.  Dodgeball is the only sport where the human body is a target and the strong and aggressive do dominate every aspect of the game.

Still, I’m coming down in favor of dodgeball, particularly under controlled conditions.  This study was done on middle school students.  Middle school is awful and, particularly for boys, it is sometimes violent.   Dodgeball is a low-risk way of managing the stress and conflict that comes with these middle school-induced traumas.  Ultimately, you get hit by a soft ball that really does not hurt much, particularly if you choose the coping mechanism of staying back and off the front lines.

It is ironic that this message is coming from Canada, right?  This is the country whose national sport involves men and women with few teeth slamming each other up against the wall fighting for a puck.  This study would pack more of a punch if it was just not just looking at a single sport and looking that dynamic as opposed to looking at all sports.  Within sports teams, there is always to some degree a hierarchical and bullying culture that the researchers observe in dodgeball. This culture can also arise in individual sports such as running. A slow, overweight child will still experience oppression on the track. This suggests that the overall culture is the issue, which is separate from the game itself.

Left to their own devices, kids can make up games that are far worse than dodgeball.  A staple of my childhood was the “Smear the Queer” where the purpose was to tackle and hurt whoever had the ball.  Our teachers stood idly by while we played this extremely oppressive game with a bigoted name (which few of us ever spent 5 seconds thinking about).

I want to say this carefully but it is has to be said that dodgeball may also teach character by learning how to protect oneself in an unsafe world.  I’m hesitant to say this because I really find people annoying who make this point.  Most of you who are nodding your head in agreement with me, I find you annoying.  There are some topics where I find everyone annoying who agrees with me and this is one of them.  Most of these guys — it is usually guys — talk about how kids need to be toughened up and stop being babies.  This is not how I see it.  We have to gently guide our kids in the right path and that involves letting them take some figurative and even literal hits. But, most importantly, this needs to be done with as much adult oversight and supervision as possible to carefully monitor and control the excesses.