Kindergarten used to be a place where you really honed in on your napping and fingerpainting skills.

No longer. My youngest son graduated from kindergarten a few weeks ago.   The academic requirements of a kindergartener in 2019 are significantly greater than those placed on my 13-year-old son when he was in kindergarten.

I think this is a good thing.  I think getting ahead academically helps prepare kids for the future.  I’m convinced that not starting from ground zero is a huge help when learning a topic.  I’d rather have my kids doing first-grade math with some early exposure to the concepts. If you can add numbers from 0-9 easily, it will be easier when you are trying to regroup numbers for subtraction.  Certainly, early repeated exposures to the concepts make rote learning much easier.

Many are convinced that not only is there no long-term academic advantage hitting academics early in life, but also that such instruction is paradoxically harmful to children because it stunts their emotional/social development that is so critical for success in life.   There was research, summarized a bit here, that ostensibly supported this contention.

False Choice Between Academics and Play 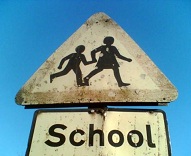 Should Academics Start in Kindergarten?

There is some new research that supports this thesis.  The American Education Research Journal published a study this year showing that greater academic demands on students in kindergarten leads to greater math and reading ability.  The study looked at more than 20,000 kindergartners and compared programs that focused on such things as understanding fractions, phonics, and other advanced kindergartner concepts.

Even more impressively, the study shows that some academic rigor in kindergarten also leads to improved focus and self-control.  This supports my idea that you don’t have to choose when it comes to academics versus emotional learning.

This makes intuitive sense, right?  Scientific research has long shown that pre-kindergarten programs help close early learning gaps and enable low-income children to succeed academically and later in life.  Why?  Because these kids are getting a head start, no pun intended.  That is what a strong introduction to academics in kindergarten does for kids as well.